Unknown (untrusted) applications from the Internet could well include some malware trying to steal data from you. Server applications can even be attacked remotely by triggering security vulnerabilities such as buffer overflows, file inclusion bugs and what not.
While most solutions such as using multiple devices (or using a dedicated device for each process you would normally run on your PC) are impractical and cumbersome to use, other techniques such as application sandboxing — which we will explore later on — exist.

The problem here is that applications (by default) can access data and use operating system functionality they should better not be able to use; The trojan horse you just downloaded can easily access your photos and other kinds of sensitive data stored on your PC or inject itself to your browser and steal money while you’re performing some bank transactions over there. The server application you expose to the Internet can run arbitrary code after a buffer overflow was triggered in it and pretty much cause the same harm as any other kind of malware. 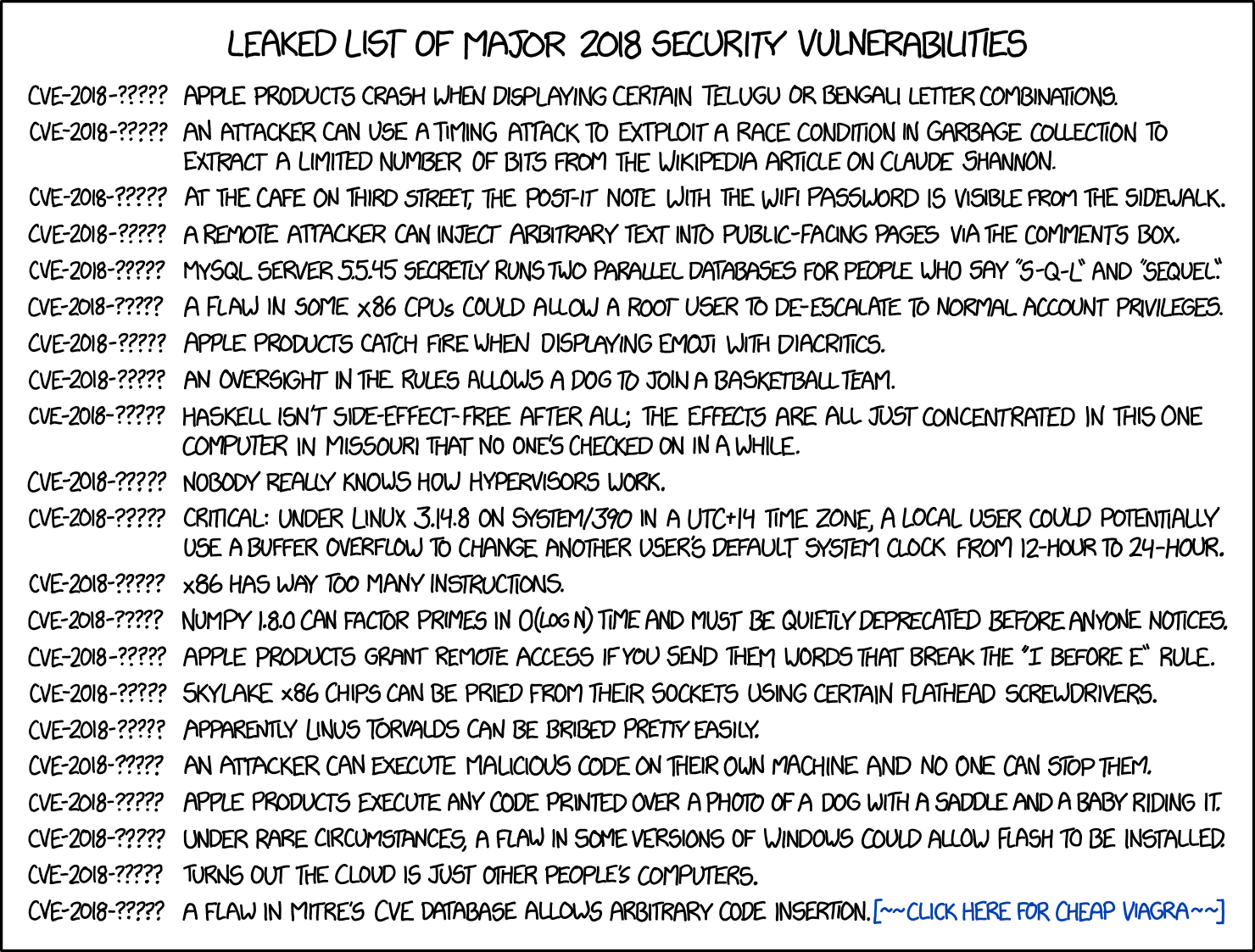 This is the first of two posts on the security of modern operating systems. This part lays and explains the groundwork of security in the Linux Kernel.

The idea behind application sandboxing is simple: A sandboxed application (which in fact is a process) is isolated from all other processes running on a PC. It can only cause harm to anything inside its sandbox and this sandbox should only include the bare-minimum data and functionality required to run the application.

Probably the sandbox in most common use (and even active on your PC right now) is inside your browser! Modern browsers such as Firefox isolate all tabs from one another and only allow communication between them through specially crafted communication interfaces.

Sandboxing — if implemented correctly — is a great solution to the problem from our introduction in that it allows to use a single PC for running multiple processes without any security implications.
But how is sandboxing actually achieved in modern operating systems? Let’s find out!

Security in the Linux Kernel

Most servers on the Internet use Linux as their operating system kernel and modern containerization platforms such as Docker currently only run on Linux, Linux is open source and has the most active development community and companies behind it (source 1, source 2). That’s why we want to take a deeper look into its inner workings and explore the security mechanisms provided by Linux.

One of the features to sandbox applications (which by the way is supported by almost all UNIX-descendants, including BSD and System V) has been in Linux since its inception — chroot.
chroot is a system call allowing the kernel to set the apparent root directory of a process; chroot-jailed processes see a different file system view than other processes.

In order to create a chroot jail for a process with a different file system view, such a “view” must exist. This simply means all necessary files required to launch an operating system such as Debian must exist in some sub-folder on the file system. This might look as follows (see the chroot folder):

Let’s spawn a new /bin/sh shell and chroot it to /chroot:

A chroot-jailed process can create new files only in his jail:

chroot-capable directories can either created by hand or automatically by tools like debootstrap. debootstrap can be used to easily set up a Debian system:

chroot forms the basis of every application sandbox in that it enabled different processes to see different files. However, chroots by themselves do not provide any security against malicious attacks. This is due to the fact that the root user inside the jail has the same user id as the root user outside of it. Escaping a chroot jail without any additional restrictions is quite easy!

If implemented correctly, a chrooted process can not see files outside of its chroot, yet a malicious or misbehaving application can still harm the system by e.g. exhausting the system’s hardware resources or accessing network interfaces when they shouldn’t — additional security mechanisms are required to prevent that!

Support for namespaces was added to the Linux Kernel back in 2002. namespaces affects which system resources a process can see and interact with. As of the most recent Kernel v5.8, this includes the following 8 system resource types:

Every process on a Linux system must be part of one namespace and it can use all system resources which are available to that namespace.
Consider the following graphical illustration where we have two net namespaces. One of them, aptly named No_Network having access to no network interface and another namespace, named With_Network, which has access to the lo0 and eth0 network interface:

Process A and B use the No_Network namespace so they are not allowed to do any network-related activities.
Process C and D on the other hand are in the With_Network namespace, so they do have access to the lo0 and eth0 network interfaces.

Internally, in the Kernel, each namespace is identified by a namespace ID. This ID can be shown for each process by viewing the proc file system’s ns file:

Let’s create our own UTS namespace to use a different system hostname for a new process — and only for this process!

Control groups (abbreviated cgroups) are another kind of system resource namespace but they are the most powerful one, so they deserve their own section! Support for cgroups was added to the Linux Kernel in 2008.
cgroups allow to specify which hardware resources a process can use, this includes the following hardware resource types:
– CPU
– RAM
– Storage I/O
– Network I/O
– etc.

Additionally, certain cgroups can get a higher priority than others (this is how the nice CLI app works). cgroups also allow to measure their resource usage which can be used for billing of shared computation resources, e.g. as done by VPS providers.

Let’s see them in action and create our own cgroup!

The secure computing mode (introduced to Linux in 2005) allows processes to make a one-way transition into a “secure” mode. During this transition, the process relinquishes the right to use certain system calls and from then on is no longer able to use them (the process is killed by the Kernel if it still tries to). This allows to follow the principle of least privileges where an application can only do whatever it must be allowed to do to complete the task it is intended to complete.

Applications written in memory-unsafe programming languages such as C are often vulnerable to buffer overflows where an attacker can execute arbitrary code in the context of the application and can therefore run system calls which are not even used by the application under normal conditions.
seccomp is the only security feature we will explore which the application itself has to implement; it’s a feature which protects the application from itself.

In its strictest form, the strict mode, seccomp only allows the following 4 system calls to be made:

Processes using the strict seccomp mode need to make all required file descriptors available before performing the one-way transition to their locked-down version.
If the strict mode is too strict, for example if a call to the open system call is still required after the transition, an allow list of valid system calls can be specified.

In C lang, seccomp can be used as follows:

Capabilities affects in more or less fine-grained detail which capabilities (i.e. which access-control settings) a process is allowed to use. As of Kernel v5.8, the list of capabilities encompasses:

In order to better understand the concept of Linux Security Modules (LSMs), we first need to talk about Linux Kernel Modules.

Linux basically is a large application written in C which, after being compiled, can no longer be extended with new functionality. That’s where Linux Kernel Modules (LKMs) come into play. Through special interfaces provided by Linux, LKMs allow to modify the Linux Kernel at runtime.

A simple Linux Kernel Module might look as follows:

Running make load and make unload adds the following output to the Kernel ring buffer (visible by the dmesg command):

That’s it for our small excursus to Linux Kernel Modules — LKMs.

Linux Security Modules — LSMs — are very similar to LKMs, although they can’t be loaded and unloaded at runtime (what’s the point of a Security module after all if it can simply be unloaded by a malicious program?).

LSMs extend the Linux Kernel with additional security features whose use should not be mandatory. Instead, LSMs can be enabled and disabled through the bootloader configuration (for GRUB this is as easy as adding apparmor=1 security=apparmor to the GRUB_CMDLINE_LINUX_DEFAULT config option to enable the AppArmor LSM which we will get to know later on).

Several LSMs are already included in the Linux Kernel source tree, some of them even enabled by default:

AppArmor is one of the better-known Linux Security Modules which is part of Linux since 2009. It is similar to SELinux in that it implements a Mandatory Access Control, but it identifies subjects (files) based on their path instead of their inode allowing to make configuration profiles easier to create.

Say we have a small app (apparmor-demo) which tries to read the file /bin/ping and either print success or failure based on whether it succeeded:

Let’s try to launch the app:

Now we want to create an AppArmor profile for our binary to explicitly grant read-access to that file.

And try to launch our binary again:

This time it failed to read /bin/ping due to the fact that AppArmor works with an allow list instead of a disallow list which means all allowed actions must be explicitly specified instead of specifying which actions are not allowed.

As we’re pretty lazy in editing the profile ourself, let’s make use of some of AppArmor’s handy utilities which allow us to update profiles in an interactive way.

We first need to set our profile to complain mode so all actions are allowed and logged:

aa-logprof can be used to read those log messages and create an entry in the profile to either allow or deny the action:

And indeed, our profile was updated!

Our app now works even with an active AppArmor profile!

LSMs such as AppArmor might seem incredibly complicated to implement, but they are actually quite simple:

In it’s init function, AppArmor registers to all kinds of Kernel hooks such as file_open which is fired before a file is opened by the Linux Kernel.

AppArmor’s apparmor_file_open function then, based on the relevant AppArmor profile, decides whether the call should be aborted (if the action is not allowed) or if the Kernel shall continue to open the file.

Where to go from here?

This was our introduction to some of Linux’ security features. And let us tell you what: these are pretty much the only security features to make containers (as used by Docker et al.) possible and secure to even run untrusted code. You should now be able to implement the core of Docker yourself!

All of these security features are useful, yet they require manual work of either the application developer or an (experienced) computer user to enable. For server applications, when set up by a system administrator, this knowledge probably exists, but for the larger part of the computer user base, the home user, it doesn’t. Security features which are available but not enabled by default are pretty useless.
This brings us to part two of this blog post which explains more about containers, virtualization and security solutions for the end-user.